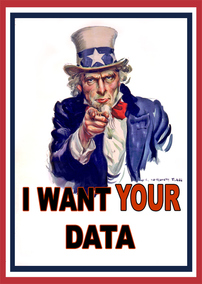 
In addition to moving through the Catastrophic Events lessons, introduce students to the following NGSS material:

NGSS History of the Earth
Performance Expectations
Students who demonstrate understanding can:
MS-ESS1-4.Construct a scientific explanation based on evidence from rock strata for how the geologic time scale is used to organize Earth's 4.6-billion-year-old history. [Clarification Statement: Emphasis is on how analyses of rock formations and the fossils they contain are used to establish relative ages of major events in Earth’s history. Examples of Earth’s major events could range from being very recent (such as the last Ice Age or the earliest fossils of homo sapiens) to very old (such as the formation of Earth or the earliest evidence of life). Examples can include the formation of mountain chains and ocean basins, the evolution or extinction of particular living organisms, or significant volcanic eruptions.] [Assessment Boundary: Assessment does not include recalling the names of specific periods or epochs and events within them.]


]MS-ESS2-3.Analyze and interpret data on the distribution of fossils and rocks, continental shapes, and seafloor structures to provide evidence of the past plate motions. [Clarification Statement: Examples of data include similarities of rock and fossil types on different continents, the shapes of the continents (including continental shelves), and the locations of ocean structures (such as ridges, fracture zones, and trenches).]  [Assessment Boundary: Paleomagnetic anomalies in oceanic and continental crust are not assessed.]